Protecting your business from every possible angle

The QBE Insurance Group is one of the world's top insurers and reinsurers, providing cover in more than 150 countries.

Protecting your business from every possible angle

The QBE Insurance Group is one of the world's top insurers and reinsurers, providing cover in more than 150 countries.

QBE has a long history of providing commercial insurance solutions to the MENA region via the Lloyd’s platform. In 2009, we expanded our Middle East offering by opening an office in Dubai to service the Middle East, North Africa and Turkey. With comprehensive products and deep underwriting expertise, we can cover a wide range of business risks and find solutions to even the most complex challenges. QBE Insurance, Middle East is regulated by the Dubai Financial Services Authority and is licensed to carry on Financial Services with or for professional clients.

The Middle East office forms part of the wider QBE Insurance Group, which has operations in 27 countries worldwide.

At QBE, our purpose is to give people the confidence to achieve their ambitions

At QBE, our purpose is to give people the confidence to achieve their ambitions

"We value the consistency of approach we have received from QBE over our 20+ year partnership. QBE have taken the time to understand our business needs as they have evolved over the years and they have delivered the insurance protection and claims service we require to meet our business goals."

"We engaged with the QBE Risk Solutions team as we were looking to improve our vehicle fleet claims frequency. Over three years, we have reduced our claims frequency by 40% and our premiums are now 25% lower."

"We are in an area of private healthcare with some complex insurance issues and have greatly benefited from a close collaboration with QBE. We feel that this approach is essential as without a good understanding of our business – and the often unique challenges we face – they would not have been able to find the right solution for us."

The strength of the QBE Insurance Group balance sheet means you can transfer your risks to us, confident in the knowledge that if you ever need to make a claim, we’ll be here for you.

All figures from 2018. For more, visit the Financial Reports and Presentations area on our Group website, where you can also find information for investors and shareholders.

Our strength and security is reflected in the insurer financial strength ratings that we receive.

Meet our Executive Management Board 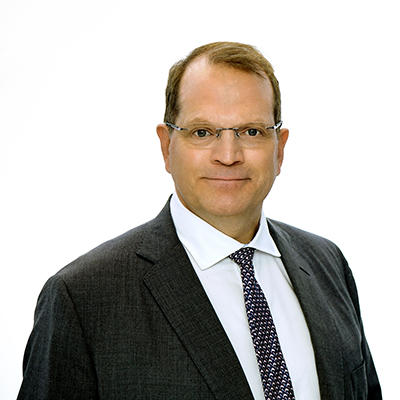 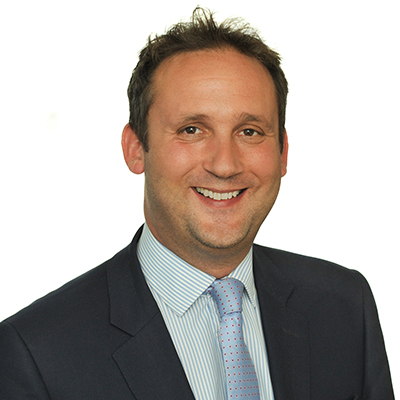 Mike joined in 2015 from Canopius, where he had been Head of Claims since 2006. He has more than 20 years’ experience in claims and he is a current member and former Chairman of the London Market Association’s Claims Committee. 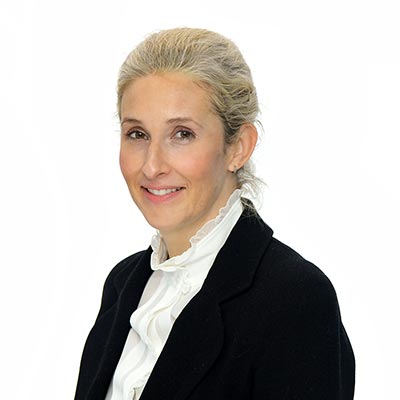 Cécile Fresneau, Executive Director, UK. Cécile has over 16 years of insurance industry experience and joins us from Zurich where she has been Chief Underwriting Officer for UK General Insurance since June 2014. She held a number of senior positions at Zurich including head of personal lines for Europe, Middle East and Africa. Before joining Zurich, Cécile worked for Insurance Australia Group (IAG) in Sydney. Cécile leads our UK Insurance business unit.

Joe has more than 30 years’ experience in Operations. He started working in the industry in 1996 when he joined AIG, where he went on to hold several roles. He then worked for Zurich Insurance in the UK and Switzerland, before joining QBE in 2013 as Chief Operations Officer. 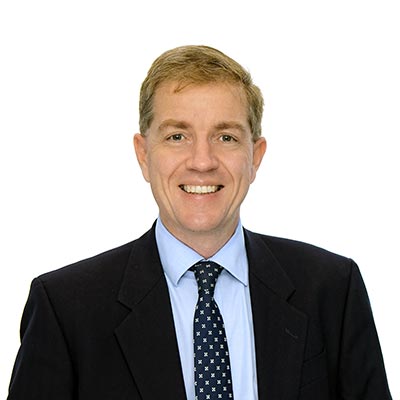 Nick also served as Managing Chair of Climatewise and sits on the CII Professional Standards Committee and the CII Board of the Society of Underwriting Professionals. Nick holds a degree in History, the ACII and an MBA from City University.

Today, he leads our Reinsurance division. 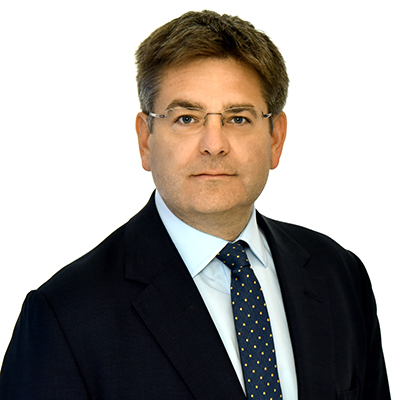 Sam started his career in insurance at Commercial Union which he joined on graduating with a degree in Economics in 1993. After completing his ACII qualifications in 1995 he joined CU’s Energy team where he spent the next three years. In 1998 Sam joined Syndicate 1036 as Assistant Offshore Energy underwriter, becoming Head of Offshore Energy for the Syndicate three years later, and Head of Energy in 2005.

In 2010 Sam was promoted to Head of Marine & Energy for Syndicate 1036, then again in 2013 to Managing Director of QBE European Operations’ International Markets division. In June 2015 he joined the company’s Executive Committee and assumed full responsibility for the leadership of the International Markets division, which annually underwrites in excess of £1billion GWP.

In July 2017, he was named Managing Director, Insurance. This single underwriting division comprises of the UK, Europe and International Markets business units. 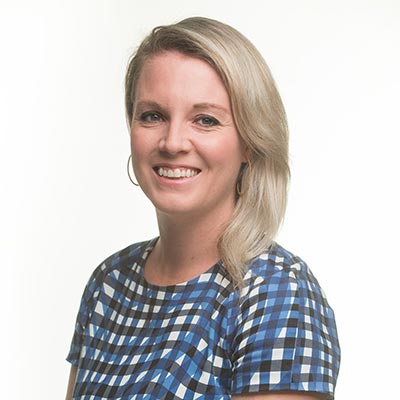 Emma joined QBE in August 2020 from AXA XL where she held senior roles for just over 3 years most recently a duel hatted role as HR Director for the International Reinsurance and Insurance business and HR Leader for the UK and Asia Pacific which combined both product and geography with global business partnering on one side of the matrix and ‘local’ leadership with board responsibilities on the other.

Prior to this Emma was at MetLife for over 12 years, the last 7.5 years were spent in New York as Vice President Human Resources.

Today, he leads our Reinsurance division. 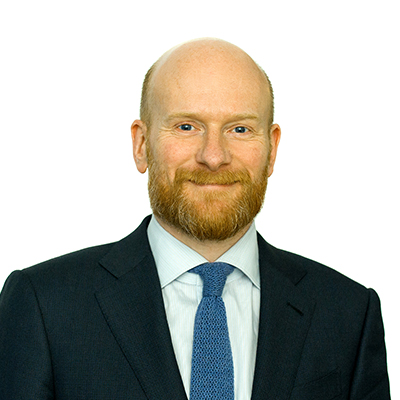 Nigel previously held the role of QBE European Operations Finance Director. Prior to working at QBE Nigel was the UK CFO at Aspen Insurance UK Limited and Aspen Managing Agency Limited (the agent for syndicate 4711), and an audit partner at PwC providing high quality assurance over financial reporting, controls and regulatory issues.

David joined QBE in 2000 and was appointed Chief Financial Officer in 2004. He is a chartered accountant and previously spent 10 years at PwC working with Lloyd's, London market and international insurance companies.

Our employees want to actively contribute to the communities where they live and work; they take part in a range of fundraising activities and initiatives to help people and communities thrive and achieve their goals. 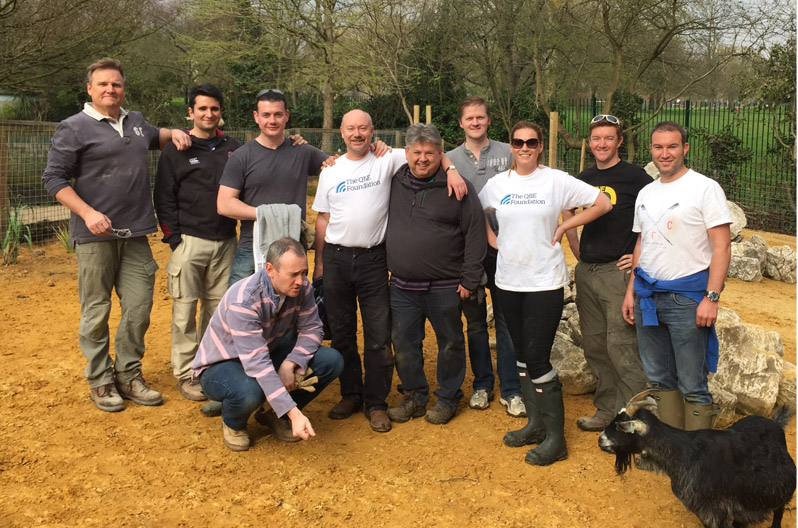 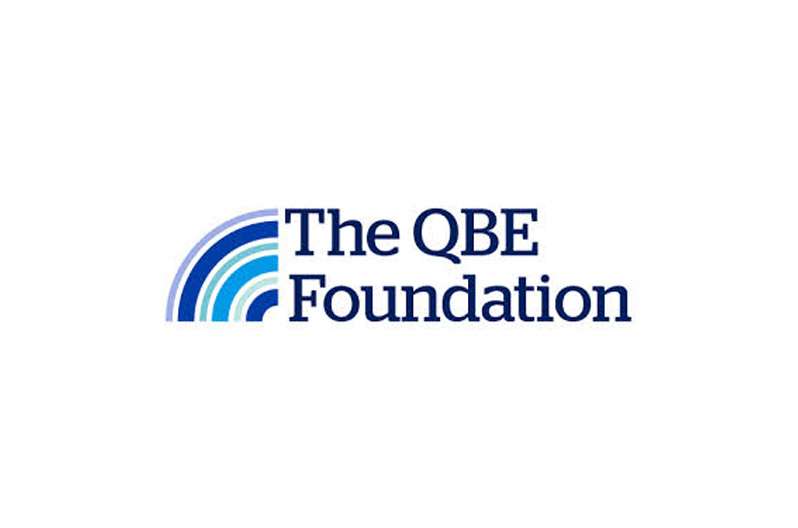 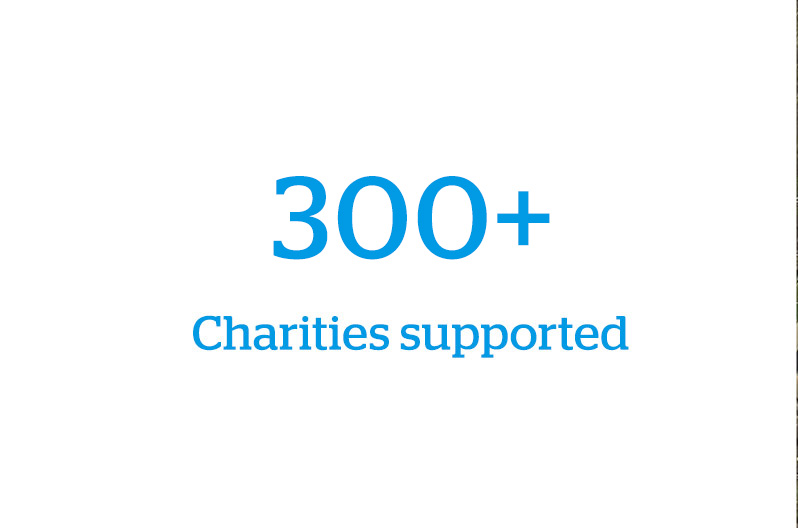 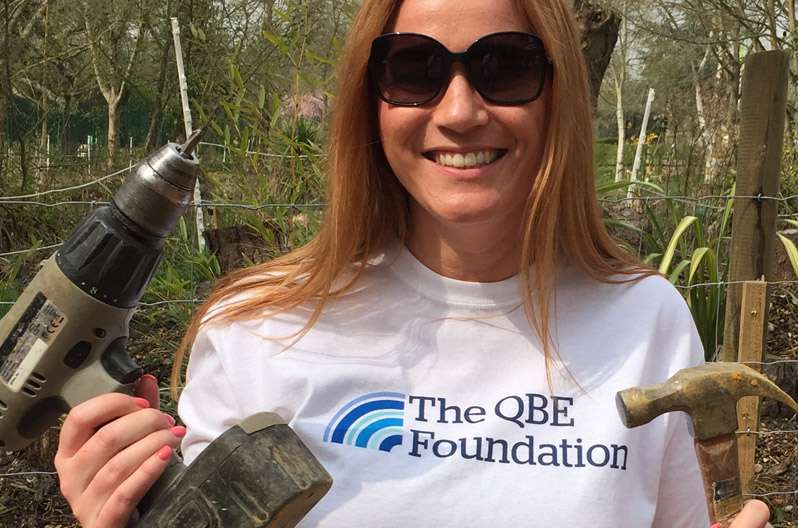 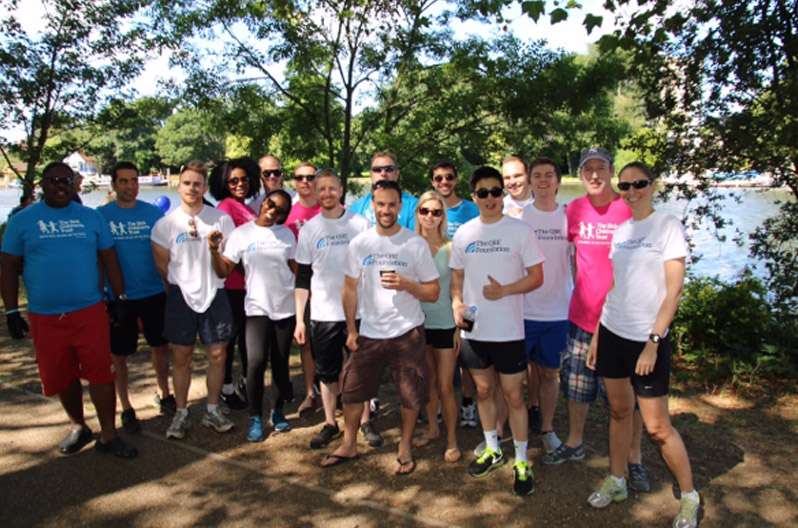 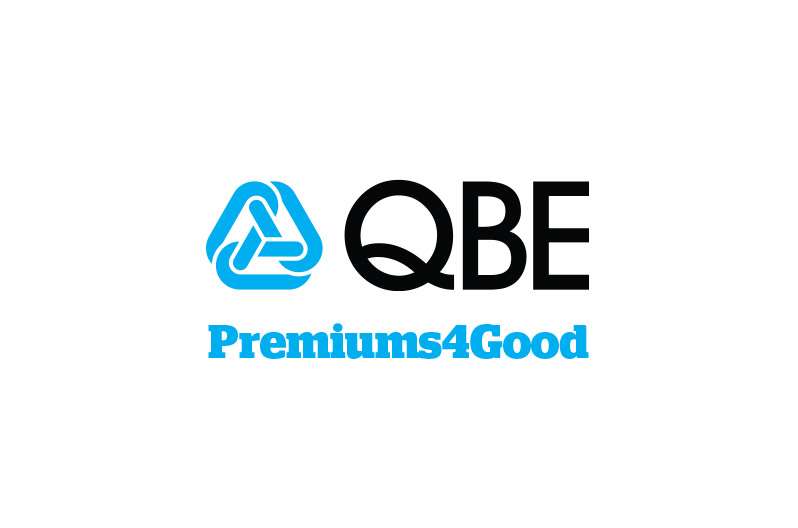 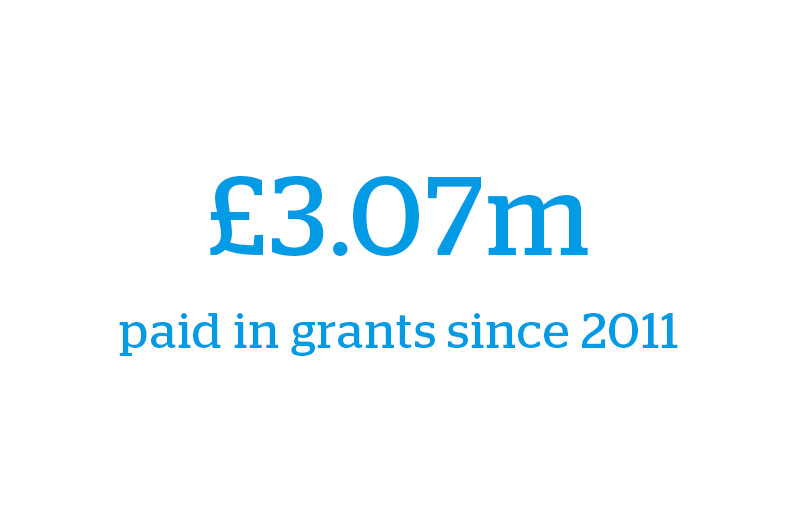 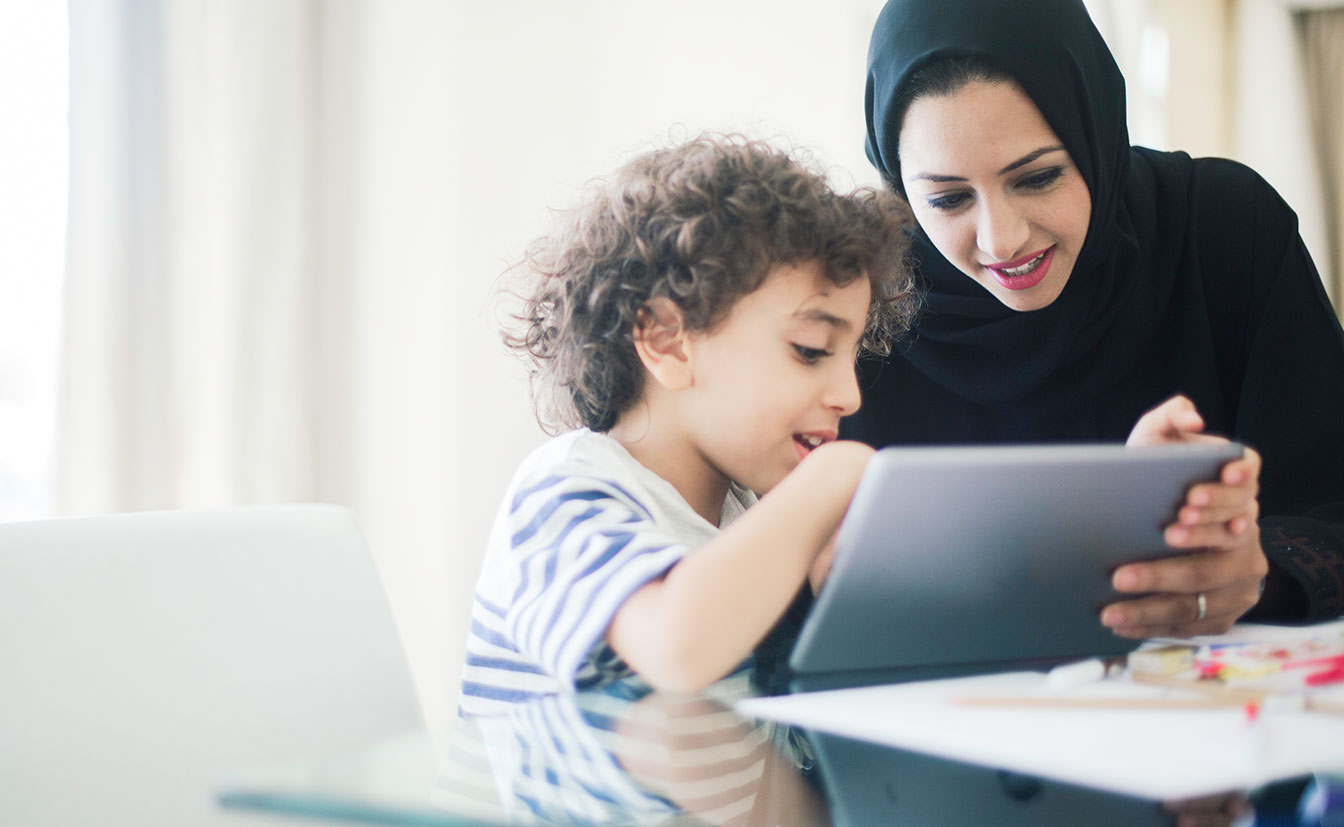 So, how can we help you?